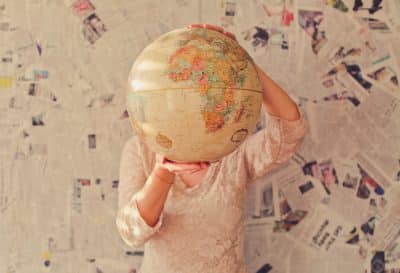 How different religions practice burials around the world?

No matter how uncomfortable the concept of dying may seem, the reality is that it is an essential and unavoidable element of everybody’s being. Death, as everybody knows, is inevitable and for that reason, it is necessary to plan for it so, that our belongings can be transferred to our loved ones.

Different customs and beliefs around the world have different methods of commemorating this inevitable, sensitive event, and so it is ideal to be informed about how some of the most prominent religions practice rites for the dead around the world.

Christianity, the most populous religion in the world, generally holds a burial for the dead. For the burial, the body is draped in a suit and laid in a coffin with a cross. There often is also a viewing of the body, where friends and family can pay their last respects to the person.

Similar to Christianity, Judaism also typically buries its dead. Jewish law believes that the body does not belong to anybody but to God, and that is why injuring a body is strictly prohibited under the belief. The body is purified by water so as to clean out any bleeding, dirt or dust, and then shrouded by a prayer cloth. People then set the corpse in a coffin and sing Psalms throughout the burial process.

While Buddhism believes in burying their dead too, its concept of death is unique from other faiths. They consider decay to the body as natural with the decay of the world. They bury the body after a week and during the process, people chant mantras. These mantras address the circle of life and how the end is inevitable. The body is then lowered into a decorated coffin and then buried.

Islam also buries its dead. Islam believes that a lifeless body should be buried within a day or two, or it will be dishonored. Most of this has to do with how the religion also believes in life after death. Before burial, the body is purified and covered in white. In some Islamic traditions, people also apply scented and expensive oils, known as attar, on the body.

Hinduism is one of the few faiths that incinerate the remains of the dead, rather than cremating them. Hindu tradition believes that a soul can only rest in peace if the ashes are laid down into the Holy Ganges River.

When you know the burial rituals, you can be better prepared for the arrangements. You can choose how you want to be buried, in what type and style of a coffin, or if you prefer cremation and the many choices that exist for storing or scattering cremains.